Audio: Production of Desires in the Urban Field

My presentation comes from experiments made in France from the seventies until now in neighbourhoods under transformation1. The first desire is the desire to say no, the anti-desire in front of power projects and demands, what we can call Bartleby´s desire, remembering the novel from Melville: „I prefer not to“. It is often spoken by power as a negative desire, a preference to passivity, immobilism, anti-modernity. But it is not simple to say no, because there are lot of forces to say yes. Yes men are not only technocrats, but one side of nearly everybody. Some exemples:

– first example: the revolt of some psychiatrists in the sixties against a government program of building plenty of hospitals with industrial methods. They refused to be obliged to fill up those hospitals with fools that they helped to go back to normal life, and they refused to keep on excluding mentally ill people. They publicly said no and this program asked for by trade unions was stopped and new kind of care centers organised.
This is urban field even it does not look like because huge hospitals need huge land and make suburbs in which they are built quasi dead lands, with no value and security problems
Any exclusion scheme has the same results
So there is also a conjonction of forces to say no- second exemple, the massive one: habitants lost in urban renewal, refusing in a lot of places the going on of this renewal, and asking for alternatives. It is not easy to refuse more comfort, and difficult to imagine alternatives, and then even to say no, because the alternatives are asked for immediately. Power needs projects, there is no power without projects2. The seconde desire comes from professionals, generallly young, for autonomy in practice, self-oriented work. For different reasons, but generally by belonging to any minority, some young architects or artists want not to reproduce what they have been taught, the service of the 25% upper-classes, and not to retreat in academical criticism, or any non professional position. My exemples are the ones in which I was personally implied, very few in the lot.- first exemple: CERFI, a social science alternative research center created by Felix Guattari and some former students, very active in 68 with the idea of work together, do something to change society, work differently with no hierarchy (hypothesis of a creativity of non-hierarchical organisation), and create a new world in a great incertainty and great ambition. Encouragement was given by the story of stopping the hospital program related before.
– Second exemple: an architect coming from Argentina linking with habitants in a poor neighbourhood of Roubaix, in North of France in which municipality had no longer any project
– Third exemple: a group of former leftists militants in Marseille with nor more political project, given the opportunity to link with the habitants of a very poor neighbourhood to propose renewal and some kind of social cohesion
– Fourth exemple: AAA a couple of architects living in Paris and coming from Romamia and searching non authoritative ways od producing archiecture and means of living. They found the opportunity to manage a derelict land coming from the railway company, before the city of Paris bought it and expelled them elsewhere. Now they appear with the image put on them as specialist of urban insterstices before renewal. This is problem.3. Producing desire needs a line of flight aggregating desires and preventing architects or urban professionals from becoming mediators between power and habitants, a working element of the power machine.
It is necessary to trace little by little an operational line of flight with an utopian dimension and a light institutional, processual managing apparatus, to organise along the situation, transform progressively the relations between holders of desires, the no-habitants and alter-professionals.
As it is stressed in Thousand of plateaus a line of flight is, in French, a schizoid line, a line flying in the air and a line going in the ground, like in the novel of Frantz Kafka The burrow. The invention of the line is lead by the angst of failure, of power control. The invention of the line is always transverse to overwhelming representations, is struggle against those representations, inventing of an alternative presentation, in which the „re“, the repetitive, the death instance is somehow pushed aside.
Managing openess to others and space of retreat at the same time for the core animators is the basis of the creation of public space: a territory managed to welcome others on purpose, with proposals of common actions, common opinions and to give to the new agency settled there some public representation too. I insist on the fact that the animators must have their own space to keep the distance from which they can look to what they do. Habermas speaks very well of the prerevolutionary France in that perspective.
Art, any kind of art by the technics, art as conscious agency of heterogenous elements, art as giving visibility to the invisible, is this line of flight, this productive, transductive practice, instauring the public space, the realm of us and others. Habermas shows that it can be the art of receiving. It may also be the art of conducing talk groups, of leading palabras like in africa. This art is art as action, process, and not a product. This art is both peripheral from power and central to place, to social activity, to human presence. It is one of the form of contemporary art.

In CERFI we missed largely this artistic dimension, this progressive line to go ahead, except in the issue Three billions queers of our journal Recherches. But in the other hand this issue fastened our end as a research group commissioned by power structures to think about an alternative world. We were so convinced that our situation was abnormal, and was going to an end, that we were more searching the end that the way to go on. This is ambivalence of desire and overwhelming power repesentations.

The experiment of Alma Gare in Roubaix became a kind of model in making urbanism by listening to the habitants wishes. Again the art line of flight was not there and the repetitive forces took over the place. The professional entered the socialist policy for towns giving their model as the very one to build for the people, which appeared several years after as not true, and not efficient. The leaders of habitants went to individual carreers in the municipality and earned the money giving them the capacity to leave the poor neighbourhood for the rich one!

In AAA more recent things are not closed and research is made in several directions. Gardening with habitants, but habitants have become autonomous with the transfer of Ecobox in a new little land; the public space dimension is reducing, the art perpective too. Discussion of movies was another experiment, difficult in the new piece of land with no big sheltered space. Collecting desires of habitants in a new little renewal interstice meets the difficulty of producing art with just collection, and the risk of overwhelming by representation fonctions. The other direction which made us meet is internationalisation: expand the borders of our desires towards the mix with others, create a network of places in which everyday life is fictionned and not bared upon.

From urban opportunities to sensitive fictions
In all the exemples given ahead circumstamces created opportunities which could be seized to inscribe no-desires and alter-desires in reality. For liberalism desires are affordable only through money and by individual grasp. For art production of public spaces desires lie in between people and not in individuals; desires push individuals toward and backward each other; power structures hide those moves behind proeminent individuals and force those to became the private owners of people desires making public space disappear; artists give visibility to thoses moves, in the widest diversity possible. Artists help people, amd themselves first, to escape power representation, harmony and beauty, unicity, death of creation. 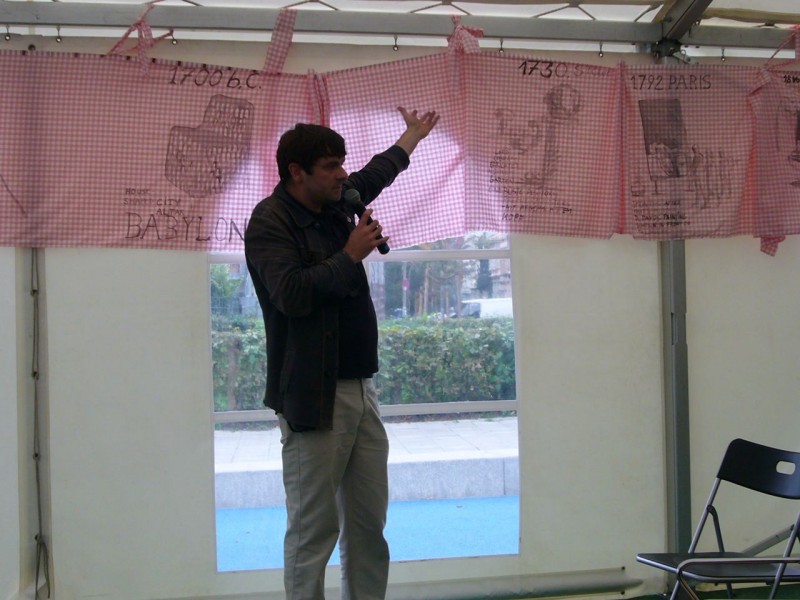 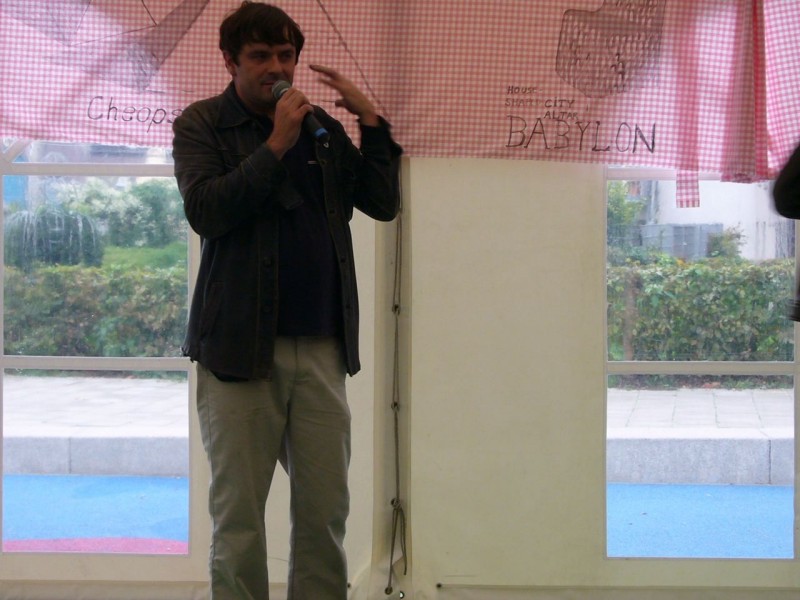 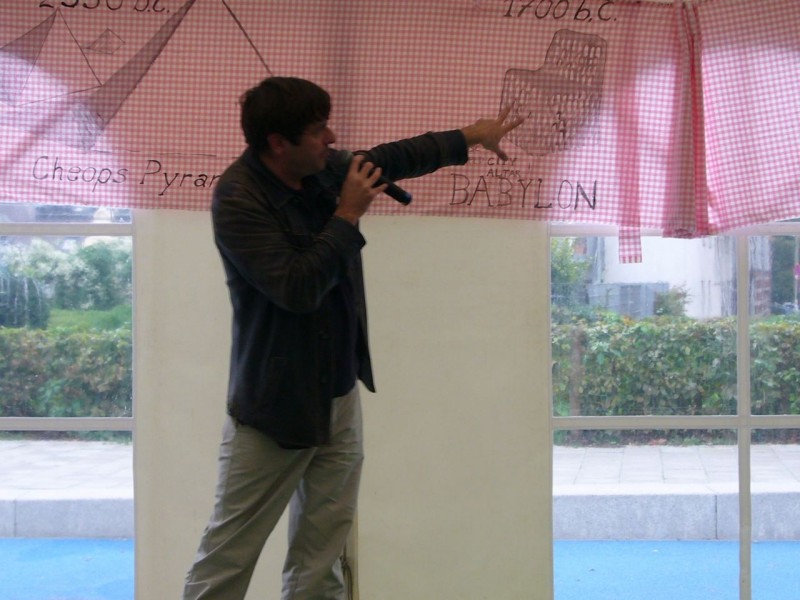 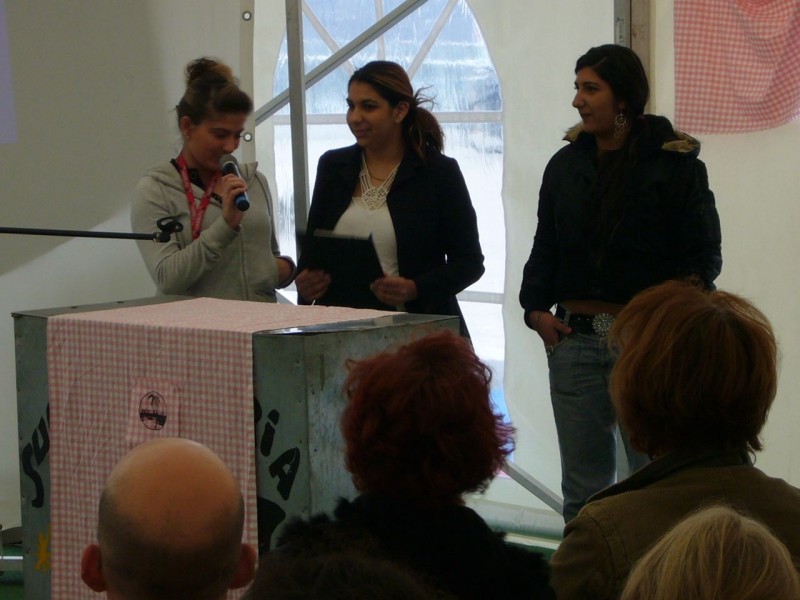 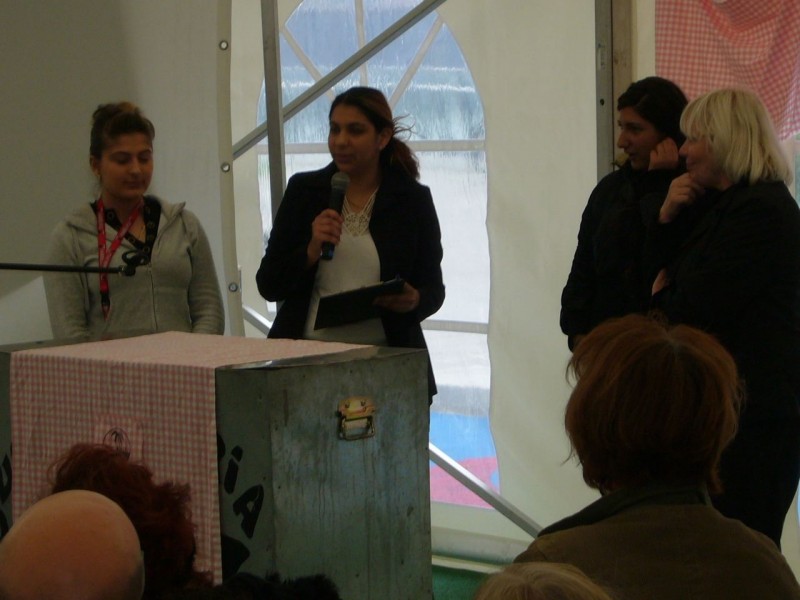 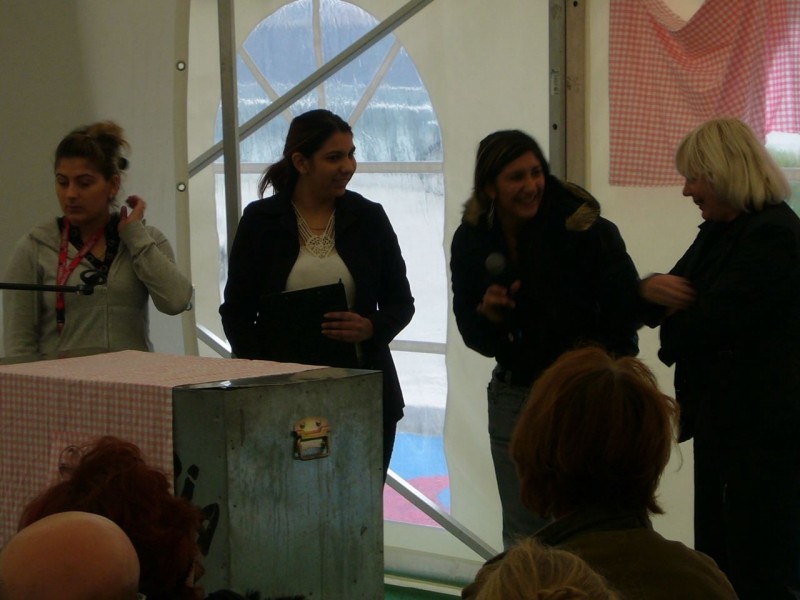 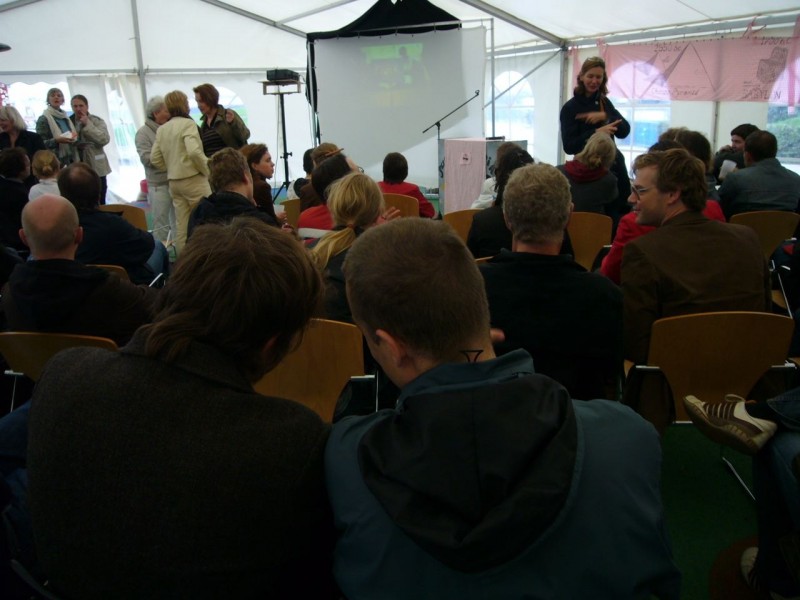 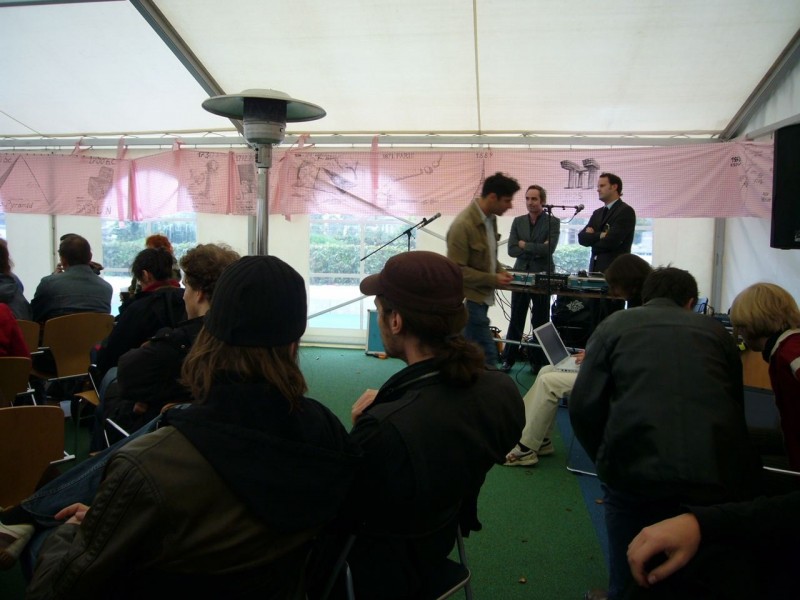 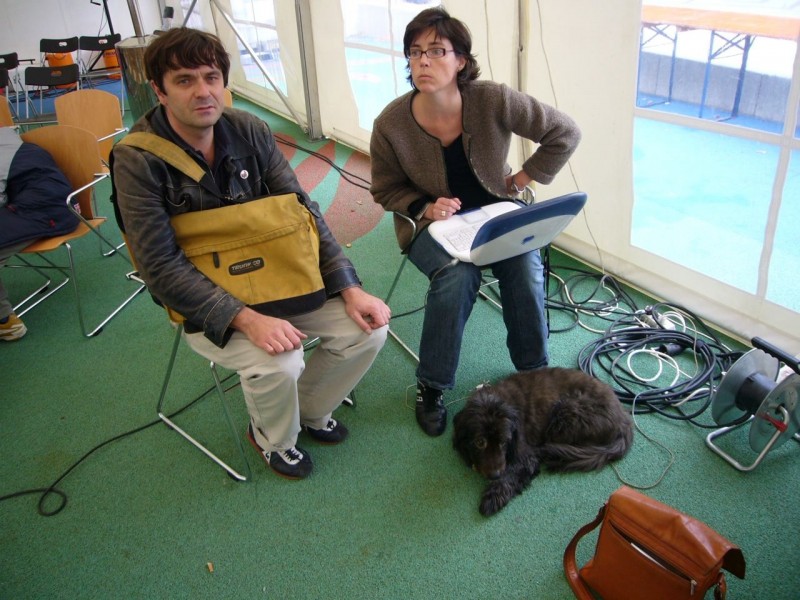