Some of us have been to Istanbul in the last months. We know the long list of „Transformation Projects“ that currently afflict the biggest european city. Neither us, nor the Taksim Platform Activists, could have guessed in advance, that the Gezi-Park-Protest would lead to a nationwide uprising.

But symbolically, this place gets to the heart of a lot: Gezi park borders Taksim square. Like no other place, taksim stands for democracy in Turkey, and, since the massacre of May 1, 1977, for the struggle against autocracy and state-violence.

And no other project symbolises the current course of government better, then Erdogan’s plan to destroy Gezi Park and to build a shopping mall in the style of an ottoman barcack instead. The neoliberal restructuring is wearing an islamic cover and tries to link itself with the despotic traditions of the sunken empire. 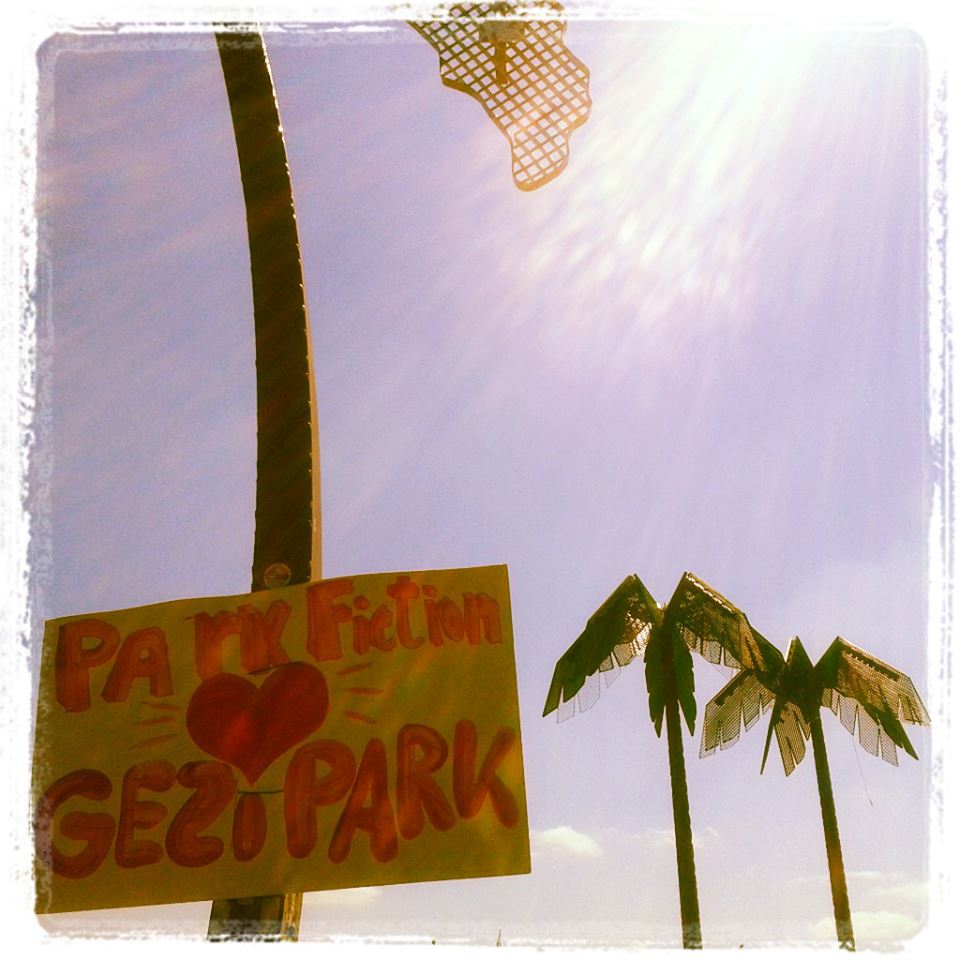 Whe we talked in the last months with our Istanbul friends, we felt the rage, the consternation, and the powerlessness vis a vis the ever more profanely operating urban restructuring. „There is no space for negotiation“ – is the concurrent judgement of Taksim Platform activists, supportes of Gecekondus, protectors of historic monuments or lawyers alike. „Thje last open spaces of the city disappear“ – „Istanbul is altered beyond recognition“.

Protest concerts. Temporary usage of the park. Clear words from the Chamber of Architects. 100.000 signatures against Erdogan’s Gezi-Plan. In vain. The Board for the Protection of Monuments, opposed to the shopping-project, has been declared as „not authorized“ by Erdogan, and a new board has been plonked before it – staffed with hand picked mall-supporters.

Now the water has been brought to a rolling boil. The reasons are legion: Last year, Erdogan visited the University accompanied by 2500 police. When 800 students protested – police started to beat them up, demolished Professor’s offices, and over 1000 students are in jail since then. More journalists are imprisoned in Turkey, than in any other country. The demolition of Roma settlement Sulüküle, rebuilt with holiday style appartments for the new islamic middle classes by government agency TOKI, has been declared illegal by a court this year. The same game all over the city: Confiscations, Loft-Office-Blocks with Ottoman pastiche facades in the immigrant-, kurdish- as well as transvestite neighbourhood of Tarlabashir. Demolition policy disguised as earthquake protection at the city’s outskirts. The „mad project“ – the plan to cut a canal through the Bosporus. The application for the olympic games 2020. The Galat Port – the reformatting of Beyoglu for cruise ship tourism. Alcohol prohibition after 10 o’clock. Gated-Community-Appartment-Blocks beleaguering the city. Tear gas attacksd, police violence and arrests accompny the demolition of the historic Emek cinema. The mass-prosecution of judges, generals and critical journalists under the pretext of conspiracy…

Erdogans arbitrary autocracy connects these events. The Gezi-Park-Protest has long since developed into a genreral uprising against this policy.

in the events on the streets of Turkey’s metropolises we see the outline of a new society, that is not represented in the traditional party spectrum. This unrecognized majority could only become visible through the revolt. And we have the hope, that this new urban movement leaves behind the nationalistic spirit and that it will shake off the paternalism of the despotic government moralism.

Park Fiction developed out of St. Pauli’s resitance against the municipality’s construction plans. Neighbours of Turkish descent were part of the protest and the community based planning process. The blue tulip field till today reminds of the Lale Devri, the tulip-age of freedom and cultural development at the Bosporus.

we can not compare the drama and outreach of the events in Istanbul and the brutality of the state’s reaction to Hamburg. But we know from the struggles for the Right to the City here, how important it is, to fight for symbolic and politically significant spaces. And how important these public spaces are, when desires congregate to take to the street and to change the world.